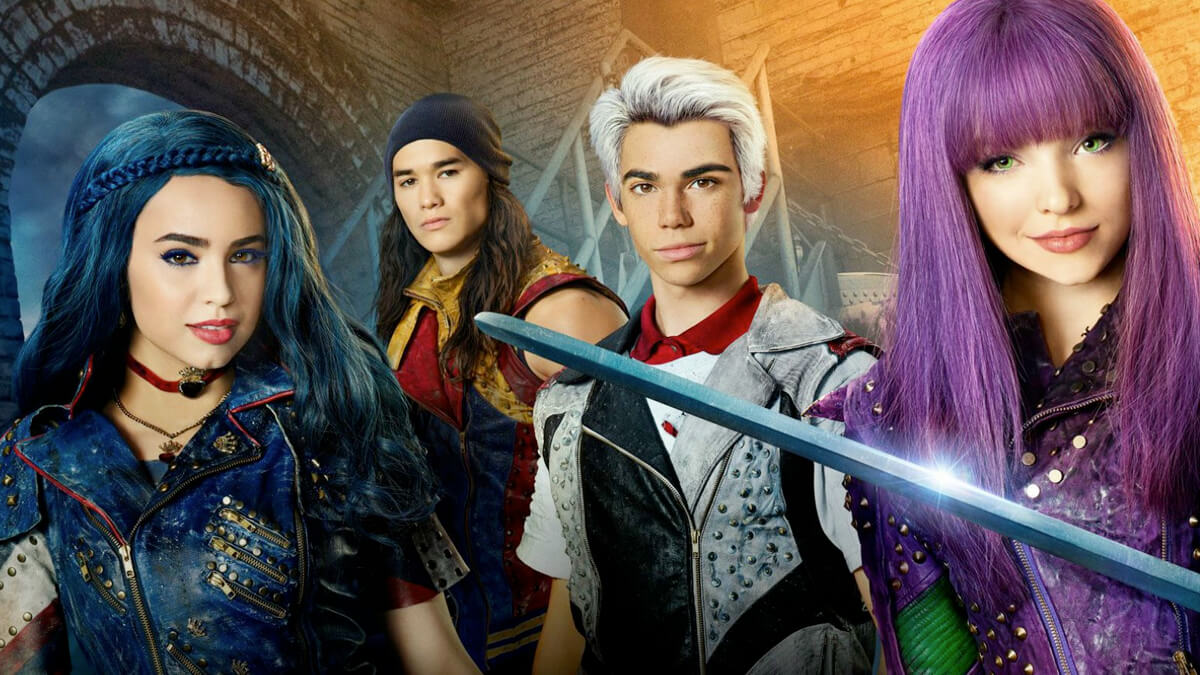 A far-reaching, unprecedented and simultaneous premiere has been set for the Disney Channel Original Movie “Descendants 2” across five networks within the Disney|ABC Television Group, FRIDAY, JULY 21 (8:00 p.m.,  ET/PT), on Disney Channel, ABC, Disney XD, Freeform and Lifetime. The announcement, made today by Ben Sherwood, co-chairman, Disney Media Networks and president, Disney|ABC Television Group, continues the group’s commitment to showcasing its programming in new, innovative ways to reach an even wider audience, joining the announcement of ABC’s exhibition of “Marvel’s Inhumans” in IMAX theatres worldwide this fall.

Sherwood said in making the announcement, “Descendants’ fans asked for more, and we’ve answered their call, with more ways to watch and more ways to engage with the next chapter in their favorite TV movie. We’re combining the magic of Disney Channel content with the power and reach of our linear networks and digital platforms to ensure we’re everywhere our fans are all at the same time.”

Gary Marsh, president and chief creative officer, Disney Channels Worldwide added, “The passion that fans – across every demographic and geographic landscape – have demonstrated for ‘Descendants’ rivals anything we’ve seen since ‘High School Musical.’ Sharing the new sequel movie across our far-reaching portfolio of TV networks and digital platforms is something only Disney can do – and we do it proudly.”

An inspiring story about the teenage sons and daughters of Disney’s most infamous villains, “Descendants” (2015) has reached well over 100 million Total Viewers worldwide. Its videos on Disney’s YouTube channels have amassed over one billion views. The stories spurred young readers to purchase over 2.6 million books; a new young adult novel written by Melissa de la Cruz, “Rise of the Isle of the Lost: A Descendants Novel,” will debut May 23. Disney Consumer Products and Interactive Media will release a new product line inspired by “Descendants 2” this summer, designed just for tweens with villain-inspired styles across apparel, accessories, arts & activities, dolls, consumer electronics and more.

In “Descendants 2,” the story deepens as the Villain Kids (AKA “VKs”) — Mal, Evie, Carlos and Jay — continue to try to find their place in idyllic Auradon. When the pressure to be royal becomes too much for Mal, she returns to her rotten roots on the Isle of the Lost where her archenemy Uma, the daughter of Ursula, has taken her spot as self-proclaimed queen of the run-down town. Uma, still resentful over not being selected by Ben to go to Auradon Prep with the other Villain Kids, stirs her pirate gang including Captain Hook’s son Harry and Gaston’s son Gil, to break the barrier between the Isle of the Lost and Auradon, and unleash all the villains imprisoned on the Isle, once and for all.

Best Western Hotels & Resorts, sponsor of the “Descendants 2” television premiere on Disney Channel, recently launched a “Descendants 2 and You” sweepstakes that gives fans a once-in-a-lifetime chance to undergo a “Descendants” makeover and meet two of the movie’s stars Sofia Carson and Cameron Boyce.

The “Descendants 2” soundtrack from Walt Disney Records is available now for pre-order (http://disneymusic.co/Descendants2) and wherever music is sold on FRIDAY, JULY 21. The “Descendants” soundtrack topped the Billboard 200 album chart in its first week of release and also ranked No. 1 on Billboard’s Soundtrack, Children’s, Digital Album and Top Albums charts.  The album was also No. 1 on the iTunes Album Overall and Soundtrack charts, and is certified Gold by the R.I.A.A.

“House of the Future” – The Plastic House in Disneyland