Prior to National Tour Launch in October

Reach 1005 Performances at the Nederlander Theatre

Newsies, the Tony Award®-winning new American musical (featuring a score with music by eight-time Academy Award® winner Alan Menken and lyrics by Jack Feldman, with a book by four-time Tony Award winner Harvey Fierstein), will play its final performance at Broadway's Nederlander Theatre (208 W 41st St) on Sunday, August 24, 2014 prior to launching its national tour in October. Produced by Disney Theatrical Productions, Newsies is directed by Jeff Calhoun and choreographed by Christopher Gattelli. 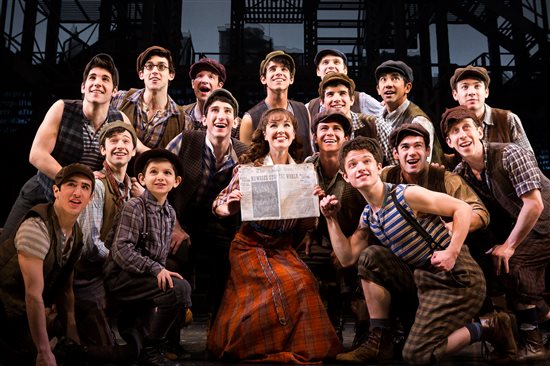 When it opened on March 29, 2012 Newsies was intended for a Broadway run of just 101 performances.  The show's fiercely devoted fans had other ideas, however: they propelled the show to a run that will total 1005 performances, attendance of more than 1 million and a gross of over $100M.  At the time of Newsies' closing, only the landmark musical Rent will have played the Nederlander Theatre longer in its 93 year history.

The Newsies North American tour launches in October 2014 and will play 25 cities over 43 weeks during the 2014-15 season. For itinerary and ticket information, visit NewsiesTheMusical.com/Tour, Facebook.com/Newsies and Twitter.com/Newsies.

"From our first performance, we have been humbled by the spontaneous and genuine outpouring of affection from fans and the theatre community alike," said Thomas Schumacher, President and Producer, Disney Theatrical Productions. "Alan and Jack's tuneful, rousing score, Harvey's timely book, Chris's muscular choreography and Jeff's cinematic staging merged seamlessly to become a glorious work in the proudly classic Broadway tradition.  When our tour launches in October, I'm thrilled that audiences across North America will be able to experience the adrenaline rush that is Newsies." 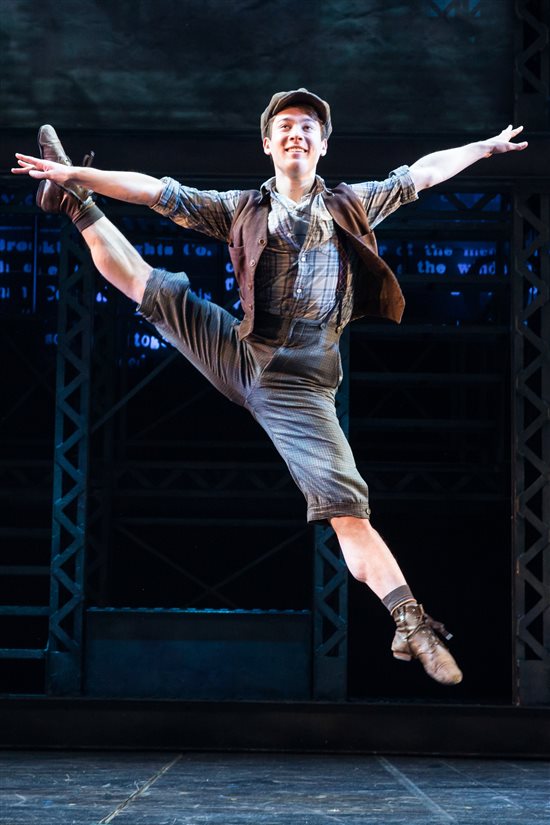 Included in the best-of lists for Entertainment Weekly, USA Today and The Daily News, Newsies can be counted one of the most critically-praised shows of recent seasons. Entertainment Weekly raves, "stop the presses! Newsies is an irresistible, high energy winner… a surprise sensation!" Time Out New York calls Newsies, "an invigorating extravaganza! A barnstorming, four-alarm delight," and The New York Times hails it, "a musical worth singing about," praising the "terrific songs – buoyant melodies by Alan Menken and rousing lyrics by Jack Feldman – and a sweet, funny, emotionally satisfying book by Harvey Fierstein."

Though intended only as a pilot production before the title was licensed for regional, professional and amateur productions, Newsies' initial production at Paper Mill Playhouse in September 2011 engendered extraordinary interest from the media and public alike, prompting Newsweek.com to call the show, "one of the biggest surprises of the season…the talk of the town." It was then that Disney Theatrical Productions decided to move the production to Broadway for what was intended to be a strictly limited three month run. 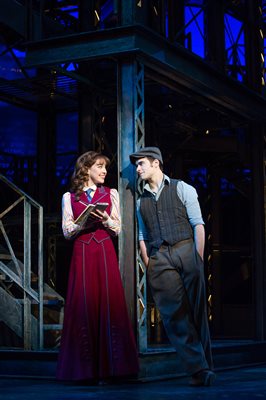 Set in New York City at the turn of the century, Newsies is the rousing tale of Jack Kelly, a charismatic newsboy and leader of a ragged band of teenaged 'newsies,' who dreams only of a better life far from the hardship of the streets. But when publishing titans Joseph Pulitzer and William Randolph Hearst raise distribution prices at the newsboys' expense, Jack finds a cause to fight for and rallies newsies from across the city to strike for what's right.

Newsies is inspired by the real-life 'Newsboy Strike of 1899,' when newsboy Kid Blink led a band of orphan and runaway newsies on a two-week-long action against Pulitzer, Hearst and other powerful newspaper publishers.

The stage version introduces seven brand-new songs by the original team of Menken and Feldman while keeping many of the beloved songs from the film, including 'Carrying the Banner, 'Seize the Day,' 'King of New York' and 'Santa Fe.'

Since the film's 1992 theatrical release and subsequent DVD release, Newsies has grown into a cult phenomenon, and for years had been the single most requested title of all the Disney musical films not yet adapted for the stage.  (The film featured a screenplay by Bob Tzudiker & Noni White (Tarzan, 102 Dalmatians).)

The Nederlander Theatre box office hours are Monday through Saturday 10am – 8pm and Sunday 11:30am – 6pm.Newsies is performed on the following schedule: Monday – Wednesday at 7:30pm; Friday – Saturday at 8pm;Wednesday & Saturday at 2pm; and Sunday at 3pm.  There are exceptions during the holidays. Visit NewsiesTheMusical.com for details. 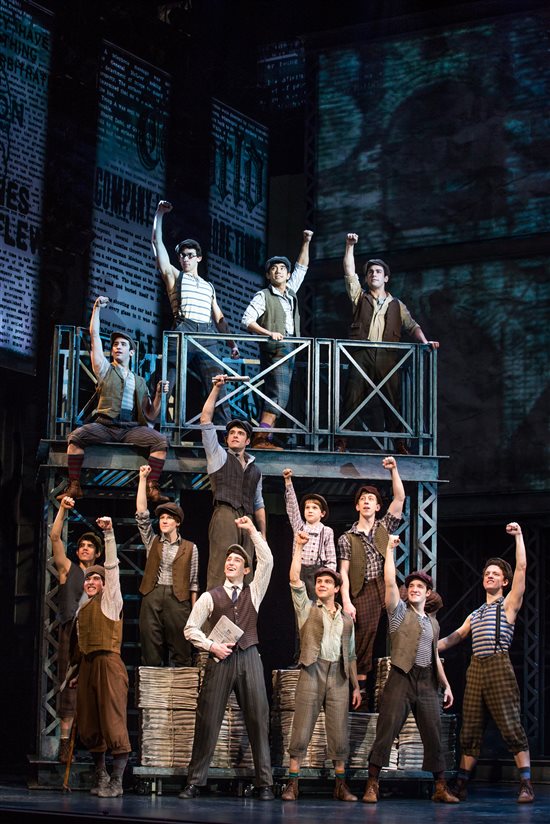